Why are trees so intimately connected with spiritual training and development everywhere in the world? What did the sages of the Old World see in the Tree that it held such a central position in their cosmology? Archaeology and mythology have given us many clues to these questions and the entire body of evidence shows a picture that is remarkably unified, international and panreligious.

In traditional teachings the Tree is primarily a symbol for life itself: the Tree of Life. It also comprises the totality of a universe in which everything is imbued with spirit: the World Tree. Its trunk roots in the primeval depths, and the mighty crown, bring forth the multitude of creatures. In its seeds lie all species, whether plant or animal. In ancient Egypt, Mesopotamia and Greece the stars, too, were its fruits. The Tree of Life bestows food and healing on all creatures. It is immortal and it also grants immortality to human souls, either through its fruits (which, for instance, the Greek Heracles steals from the Hesperides, or the Germanic spring goddess Iduna gives to the gods) or by means of its sap (in ancient Persia Haoma, in India Soma, in Celtic-Germanic tradition the mead from the sacred cauldron). This sap also bestows all-knowledge and enlightenment. Hence the Persian high priest Zoroaster said about the Tree of Life c. 2600 years ago ‘To the soul it is the way to heaven’.

The far-branching World Tree is the invisible spiritual structure of the universe, the material structure of which we perceive in spherical shapes and movements. The spiritual nature of the Tree is particularly emphasized in the Jewish Kabbala and the ancient Indian Vedic scriptures: in both traditions the World Tree grows from above (the world of spirit) downwards (into the world of physical appearances).

In physical matter, too, the Tree reveals its shape time and again. Not only in vegetation but also, for example, in the geography of river deltas or in the structure of the nervous system and circulation system of animals. Especially in the human brain these networks resemble a tree crown, and the spinal chord a ‘trunk’. This has been noted already in ancient Egyptian scriptures as well as in the Indian (Kundalini) Yoga tradition.

In most myths, the Tree of Life is guarded by a dragon or serpent which symbolizes the spirit of the Earth (the Earth cares for the gift of life). Furthermore, the slithering serpent is an image for the living, quicksilvery sap that circulates through the Tree.

Islamic, Jewish and Christian traditions all speak of the paradise garden around the Tree of Life, an archetypal image that can be traced to the Mesopotamian myth of the Garden of Eden. The serpent is known in all of these traditions, but only in the interpretation of the Christian Church is the story of the first human couple loaded with guilt and ‘sin’. In truth, the Tree of Life and the Tree of Knowledge were ONE, here as much as among the natives of Hawaii. The Tree of Life feeds all beings, and that naturally includes food for the mind and soul. Thus the Tree of Knowledge (‘of good and evil’, in Christian terms) is but another aspect of the Tree of Life. Because the World Tree IS everything, a mystical communion with it also brings knowledge. This is why the Siberian shaman searches the World Tree to climb it in order to reach the spirit world. This is why Odin brought the art of the runes from the Tree back to his people, why Buddha chose the Tree of Enlightenment, and why the Jewish Menorah burns as the ancient Tree of Light. This is why everywhere on Earth people prayed under trees.

The early Church fathers, too, knew about these things. In the 3rd century AD the bishop of Rome, Hippolytus, publicly praised the World Tree as ‘the firm basis of the universe, the calm centre of all things, the foundation of the world’s circle, the cosmic hinge’. But just 100 years later the Church of Rome began the systematic destruction of sacred groves. The Buddhist ‘Tree of Enlightenment’, the Jewish ‘Tree of Life’ – in Christian Europe it became the loathsome ‘Tree of Temptation’.

For the following sixteen centuries this coloured the entire European relationship to nature. At the beginning of the 21st century this disrespect for life peaks in a kind of science and politics which attempts to replace the Tree of Life with an entirely artificial, man-made one: via genetic engineering.

But luckily, the Christ impulse did sow another seed: that of the Tree of Love.

Fred Hageneder
excerpt of an article in ‘Die Andere Realitaet’
(‘the other reality’), Munich, January 2001 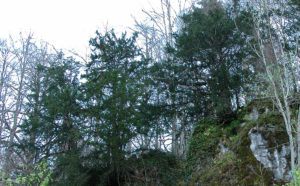 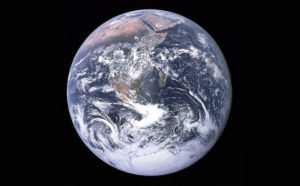 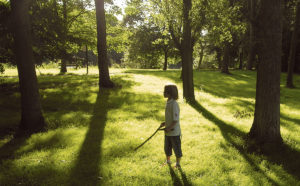 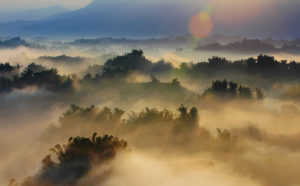 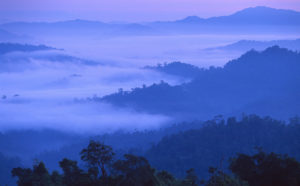 The impact of forests on climate

The world’s forests are active players in maintaining the equilibrium of world climate, not just passive victims succumbing to global heating. 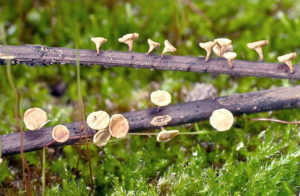 Climate disruption is not the only reason for mass tree dying caused by ever new bugs and diseases. Landgrabbing and pollution have much to answer for. 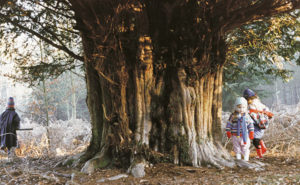 The origins of the Yew tree reach back to the Upper Jurassic, the age of dinosaurs. Today the oldest trees of Europe need a better conservation status. 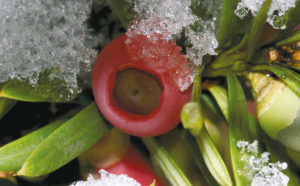 The Wonders of Yew

The Yew tree (Taxus baccata L.), the oldest native tree species of Europe, is full of surprises and enigmas, both in botany and in natural history as well as cultural history. Here’s a concise introduction. 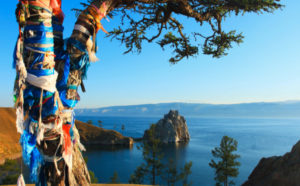 Spirits of the Taiga

The Birch tree plays a central role in the mythology, initiations and rituals of Siberian and Mongolian shamanism. 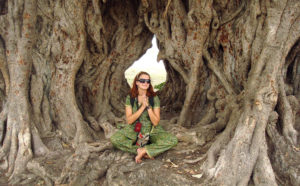 Living with the spirit of trees

Trees are guardians protecting all life on Earth, just as a single tree gives refreshing shadow under the summer sun. That’s why everywhere in the world humans have respected, loved and revered trees. Evidence for this goes way back into the Stone Age. The wisdom of trees is as old as the dawn of human consciousness. 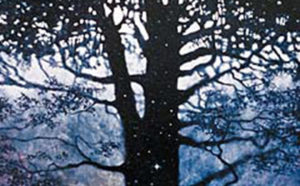 The Tree of Life aka the World Tree is an ancient and global symbol of the totality of a universe in which everything is imbued with spirit.